Continuing our look back at the films from David Cronenberg comes one of his most polarizing and controversial projects, Crash.  The movie about sex and car crashes that won big at Cannes but was stopped from getting the top award thanks to Francis Ford Coppola. 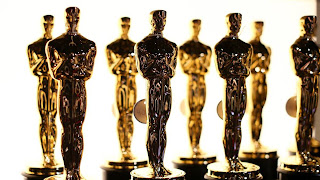 Hello gang, The Vern here to give you my scientificly accurate list of every category on who will win the Oscars in 2023.  I really dug deep to bring you this list with all ther nominees and I will give you my predictions into who will win each category.  Sometimes I will say why and other times I will not.  Most likely I will not because typing is tough on my writsts and my eyes get tired.  Oh and if there are any mispells of misused grammar.   I aplogize, OK.  I'm not getting paid to write this,

Quick Reviews on M3GAN, The Whale, and The MovieGoer 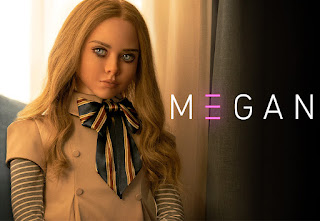 The Vern goes solo for this episode to give his quick and unfiltered opinions on two feature films and a short he saw.

This episode has been modified from it's original version.  It has been formated to fit this podcast.  Full version can be found on our patreon page located on the side bars of this website. 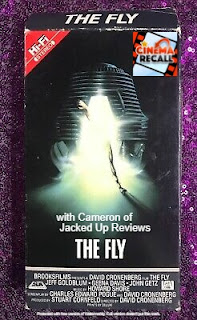 We continue our David Cronenerg retrospect with one of his first big blockbusters(of the time), The Fly. Released in 1986 and starring Jeff Goldblum and Geena Davis. If you don't know the story it's about a scientist who turns himself into.... Yes. You guessed right, a fly.
Read more »
No comments:
Email ThisBlogThis!Share to TwitterShare to FacebookShare to Pinterest
Labels: body horror, cinema recall, david cronenberg, flesh for february, geena davis, horror movie, indie podcasts, jeff goldblum, movie review, patreon 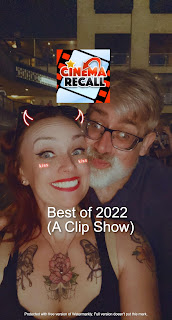 It is here, our best moments from last year are now here for you to enjoy. Ashley and The Vern had many many great guests and in this episode you will hear many fun segments from past shows.
Read more »
No comments:
Email ThisBlogThis!Share to TwitterShare to FacebookShare to Pinterest
Labels: 2022, ariel cooksey, ashley jirak, best of, chuck staton, cinema recall, clip show, comedians, comedy, dwight hurst, jason soto, Jill Gevargizian, podcast, rob branch, the vern

Merry Christmas and Happy Holidays to  everyone of you out there. 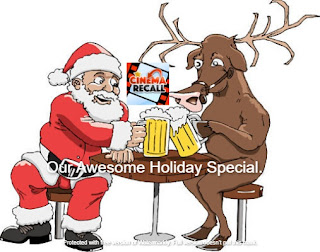 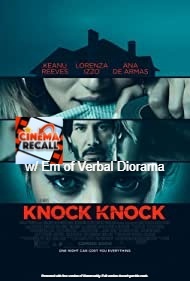 On today's show The  Vern is joined by Em, the creator and host of Verbal Diorama to discuss a Keanu Reeves movie she has never seen before.  When she found out it was directed by Eli Roth she got a wee bit nervous.  But Vern advised her that it wasn't going to be like his other movies.
Knock Knock is a tale about Evan(Keanu Reeves). A married, family man who one night while alone, meets two beautiful women Genesis( Lorenza Izzo) and Bel (Ana de Armas).  Throughout the night the two girls shamelessly flirt with Evan and despite his best efforts to avoid their advances.  They end up convincing him to have sex with them.  What was once a sexual fantasy soon turns into a nightmare for Evan when Bel and Genesis refuse to leave his home and proceed to torture him.
Vern and Em go into a really good discussion about the movie and later read listener comments. They also list their top 3 favorite home invasion movies so be sure to listen to that.
Read more »
No comments:
Email ThisBlogThis!Share to TwitterShare to FacebookShare to Pinterest
Labels: ana de armas eli roth, cinema recall, em, home invasion, keanu reeves, knock knock, lorenza izzo, movie review, podcast promotion, verbal diorama
Older Posts Home
Subscribe to: Posts (Atom)