Nobody Loves You and You Don't Deserve to Exist(Written Review)

Nobody Loves You and You Don’t Deserve to Exist. 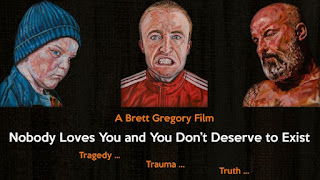 Set during the COVID pandemic.  Nobody Loves You and You Don’t Deserve to Exist tells the story of a man named Jack who has isolated himself in his room and looks back at his past.   All while medicating himself with alcohol and drugs.  Told in a series of long monologues by various actors combined with this fairy tale like narration between scenes.  We learn that Jack had a pretty rough life growing up.  He was not loved by his mother or by much of his family. He had a half sister die of an overdose and the only friends who were close to him died from COVID.  He was a man who had anger issues but that he did care for others in some way I guess.

I really had a hard time with this movie, folks.  Mainly because I didn’t understand what a lot of it meant.  There’s a scene at the beginning with images of what looks like a murder and throughout we are seeing these posters about a missing girl.   I thought the movie would be about our lead character dealing with that issue and we would learn if he was an actual killer or not.  Instead we are treated to one monologue after the next.  All by people including Jack at various points in his life telling stories about his past and the traumas he has dealt with.  The actors are all good especially Rueben Clarke being the standout as young Jack who gives the best performance of the entire movie. Seriously put this actor in more movies, he's a standout.  Despite the good performances, I just never found myself invested in this movie or caring about anything that happens to our lead character.  I understood about his rough past and the struggles he went through, but I never saw him improve things or at least try to.

The use of just doing long take monologues is an interesting story telling device but I just wish that it had a more engaging or interesting lead character to focus on.  The movie is called Nobody Loves You and You Don’t Deserve to Exist and I’m sorry Jack but you don’t.

*** Note*** This is the short version of a longer episode available for Patreon Members (Look on side bars of this website) On today's... 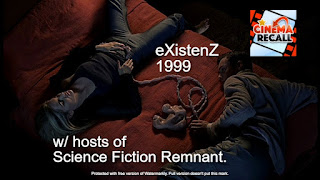