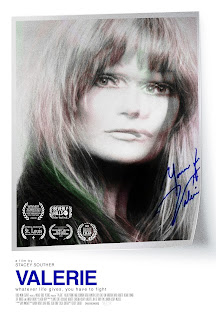 Valerie Perrine did very little to conjure up an image in my head when I saw the trailer for this documentary on her.  It wasn’t until I saw that she portrayed one of Lux Luthor’s co horts in Richard Donner’s Superman from 1978 that it clicked.  I remember her role as Eve Teschmacher because she had a scene where she helped save the man of steel’s life.  Prior to this movie, Valerie made it big in her role as Honey Bruce in the biopic Lenny, starring Dustin Hoffman and directed by Bob Fosse.  This drama about the once controversial comedian garnered Ms. Perrine with a best actress win at Cannes film festival and a nomination at the Academy Awards. Once a former Las Vegas showgirl, Valerie Perrine dove into the world of acting and became a pretty good success.

However tragedy would befell the starlet when she was diagnosed with Parkinson’s disease.  The once graceful dancer was left bedridden due to this horrendous disease.  Director Stacey Souther put together this wonderful love letter to a woman who defied what others expected. Featuring a good assortment of interviews from  those who have worked with and know her.  Valerie shows that no matter how good things may be.  It can be over just as quick as it started  Despite all the hardships she is now facing.  Valerie Perrine fights now more than ever and after watching this.  You will be inspired to take risks and do more because you never know when it could all end.

Even if you are unfamiliar with her name or the roles she portrayed.  This thirty minute documentary showcases a person's fight to hold on to their humanity and I love it for doing so. 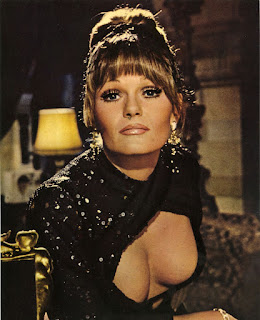 If you would like to watch the film and help donate to cure Parkinson's.  Go to website below.