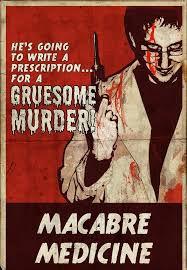 One thing was very clear while watching Macabre Medicine, the feature from director Will Devokees.   From the first frame to the last, you could see that this guy and all those involved are lovers of horror and grind house cinema.  The movie begins with a series of fake trailers including a reboot to Friday the 13th that looked better than the 2009 remake  These sections at the start really made me feel like I was in a rundown theater in the early 80’s while I was watching it and I enjoyed my time  very much.

Now the actual movie of Macabre Medicine isn’t a game changer when it comes to horror and it never tries to be.  It’s just a simple story of a medical student who is so frustrated with where he is.  That he begins a murder spree with the teachers and students of his school.  He has a few acquaintances that he socializes with and I find it funny that only one doesn’t really suspect anything until much later.  Even when two of them show proof and his girlfriend goes missing.  This guy still wants to believe his friend is a good person.  I’m not going to spend too much time on the plot because in a lot of exploitation cinema.  Audiences were sold more on the concept and a cool movie poster rather than the actual movie itself.  Nothing really needs to be said about a doctor that goes crazy and all the mutilating bodies we see him operate on.

Speaking of gore, the practical effects in this flick are not bad.  You can fully tell they were done on a very small budget but there was a lot of creativity that went into each one.  I loved the moments when an arm is sliced open and you can clearly see that sloppy joe meat is used for the insides.  Along with the slicing off a face scene that both worked both as an homage to Eyes Without a Face, and The Cable Guy when Jim Carrey’s character was doing his impression of Hannibal Lecter with the Chicken Skin. 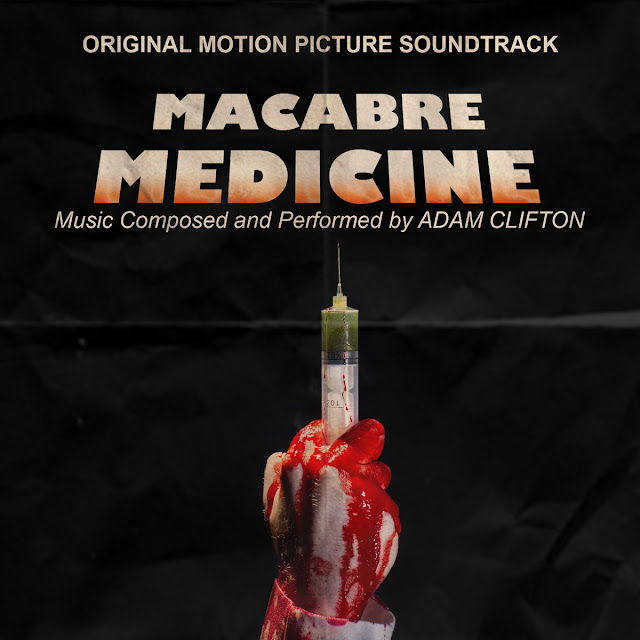 For people not into exploitation or grind house cinema, they were most likely just  see a bad movie.  Asking why does the film look grainy, why is half of the screen missing in some scenes, why does one actor sound louder than the other, why is the acting bad, and more.  Look, these are legit complaints if you are talking about a movie that was made for over $6 million dollars, but all the flubs that happen to this movie sort of adds to it’s charm.  Hell, there is even a few random moments in 3D that pop up that I absolutely loved.  However the 2nd time it was used was a bit of overkill, in my opinion.

These are not professionals but just a group of good friends making a movie together.  I have a lot of respect for that and as an underpaid film critic.  I can sort of look past small flubs that happen here and there while watching.  I do think that there were scenes that could have been trimmed down or removed to make the run time a nice lean 90 minute feature.  You can see that they didn’t have a lot of money while making it.  But Will Devokees and his crew were fueled by more than just money to make this picture.  They were driving by the pure passion of making a movie and that is something  I would gladly buy them a beer for.  If they did end up getting more money to make another feature, I would be very curious to see what they could do.