Movies That Changed My Life: Do The Right Thing (1989) 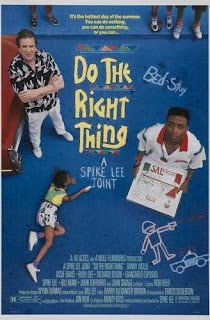 Today's pick is a movie that was so ahead of it's time. It was robbed of any Oscar love in 1989 when it was released. It predicted not one but two racial motivated riots, and yet many people don't understand the message it's trying to say. Spike Lee's Do The Right Thing is both a warning, and a message of love and understanding. It is a really good and probably the best representation of different cultures and races ever put on film today.

So much of what is happening today can be seen in this picture, and I think that it is still one of the most important movies ever made.

Movies That Changed My Life: Do The Right Thing

All Time Classics: Do The Right Thing

Whatever with Jason Soto