Film Criticism and the problems associated with it . 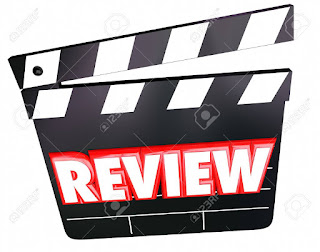 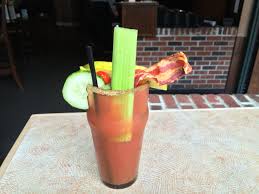 I should start off this by saying that this article was fueled by at least 2 bloody Mary's,  a strong mixture of cheap whiskey and Root Beer, and maybe one joint.  There most likely will be some typos and a few grammar issues as well.  Hell even if I wasn’t consuming the things I mentioned.  There will still be problems with this article.  These are just more random thoughts of a movie insomniac. 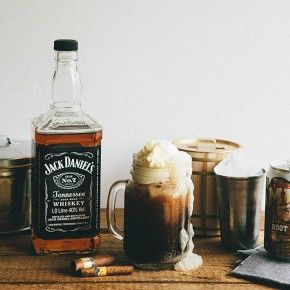 I got this idea for this article as I was watching Ghostbusters.  Not the 1984 original, on which is a classic and I don’t need to explain why it is so loved by many people.  I’m referring to the 2016 reboot with an all female cast.  Many people and critics trashed on this movie before even seeing it.  When they did watch it, the one from 84 was so in graved in their minds that they couldn’t get past that the only connection between both movies Is that both sets of characters catch ghosts.  I don’t think the 2016 version is perfect but I did enjoy very much the story it told.  I found it kind of odd that in the original one, when The Ghostbusters started their business; everyone believed that ghosts were real.  There was only one skeptic in Walter Peck(the guy who wanted to shut down the storage containment center) and he was painted as the villain.  In the reboot, only the four women believe they saw a ghost and it’s everyone else that does not.  I found this to be a much more plausible plot and I loved that the gadgets they used were flawed and not perfect.

This movie did not do well at the box office so we won’t be seeing another movie with these ladies, which for me is a shame.  Instead we are going to get a new reboot called Ghostbusters: Afterlife.  Based on the one teaser I saw, this looked more like an extended version of Stranger Things than anything having to do with Ghostbusters.  Yeah it may feature props from the original and even though they brought in Ivan Reitman’s(the OG director of  the 84 version) son Jason to direct it.  I can’t help feel that this feels more like a cash grab that many people thought the 2016 version was.
Now that’s not to say that if you hated this movie you are not without your merits. I fully respect your opinion on a movie and my thoughts are not meant to change yours.  I have been known to dislike some very popular movies like the Lord of The Rings saga, A Quiet Place, Avengers: End Game, but will praise movies that are deemed bad like Howard The Duck, Grease 2, and Xanadu.  But for each movie I mentioned as being bad or good.  I could find other articles and reviews that could explain the opposite side too. With the advent of the internet, many people are able to share their thoughts a lot more easier than before.    For me, A lot of film critics (and I am most likely guilty for doing the exact same thing, I know it)  are doing nothing more than just writing fan posts and calling it a movie review.

I have watched a lot of movies and while I can understand and pick apart film genres and a director’s style.  I did not take any film classes while I was in school.  Now that is not to say that only people with a film degree should be the only ones who can give their opinion on a movie.  I sometimes feel that for a lot of bloggers, they are more interested in getting higher numbers of page views than actually good content.  Case in point, I will see articles pop up online that will engage me to want to click on them.  But after I read the first paragraph, there will be a tab asking me to go the next page, and the next page will have the same thing and so on and so on, yada yada ya.  This writer has no interest in writing a good piece.  They just want their site to gain more clicks, because if you can show that your site can attract a good amount of traffic , you can get sponsorship and make some sweet money.

On other blogs I have run I have posted articles that were nothing more than just ad spots for companies that I didn’t much care for.  I got paid a decent amount but it was nothing I could quit my job for.  Plus It took away any legitimate thoughts on a movie because I was more interested in having sponsors pay me than post good content.  Now that’s not to say I don’t want any advertising and neither should you.  I just think too many times, writers and podcasters will just take whatever is giving to them without doing any real research on if they like the product they are promoting.  Damn, this section was just a really long rant, that basically says.  Don’t run a movie review site if your only interest is to get attention from advertisers.   I went a little off base there, sorry about that.

When you start getting some traffic on your site(congrats to those who have a good amount of followers.  That is never easy so good job). You may be approached by production companies that want you to review some screeners.  This can be seen as both a good thing and a bad thing.  It’s good because you are now seen to some as an important critic and they respect your opinion enough to give you some free movies.  It becomes bad if you don’t give these companies the review they wanted and they refuse to share your post.  Now I can understand if you wrote a review that was negative because movies are in the market for making money.  But I have written positive reviews on movies and when I tagged them on social media.  I didn’t even get a simple like.   Smaller companies won’t even pay you for your review but if you are lucky.  You may see your name or at least the site you write for on the movie poster itself, which makes it all worth it, right.

Look, I know for some that this is a fun little hobby to past the time with and for others.  Writing critiques on films is a lifelong passion.  I just get a bit irritated when I see some critics who are only doing it for the likes get grouped in the same category as those who  do it because they actually want to write a good piece or perform a good podcast.

People are going to going to have many different opinions on a movie and not one is going to be better than the other.  I love reviews that even though the end result is a negative or positive point of view.  It’s not all one sided.  Even though I disliked many movies I try my best to give a few praises to them because I know making a movie is never easy.  However I need to stay honest with my writing and  I do  hope that none of you loose your integrity.  What I wont stand for are people who claim to be published writers who say a movie is bad but have not seen the movie they are saying is so bad. 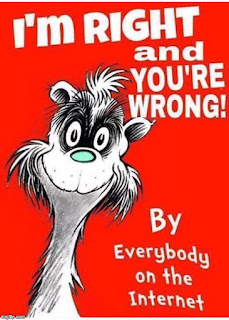 I have had arguments with people on Twitter who went against a movie that they have never seen and to put more salt on a wound that is already injured.  They want to tell the actual filmmakers why the film is so bad and they only have seen the trailer.  There was even one critic who I once respected until he said that he won’t watch the 2016 reboot of Ghostbusters for his site.  Now I don’t take issue with him refusing to review a movie, because he has the right to post what he wants to.  I just have a problem that he had to announce it and make it a separate video.  He could of just not posted any response.  Now I have a feeling that some were questioning him to do a review and instead of writing to each person individually.  He thought this was the best option. But it comes off as being a bit egotistical and snobby in a way.  The same thing goes for critics who were quick to dismiss Joker because they thought of it as nothing more than just being white male rage instead of seeing it as a portrayal of mental illness.  Or they were just comparing the look of it to be a knock off of Martin Scorsese’s earlier works.  It seems that about 70 percent of reviews I read seemed to mention that aspect more than the actual story itself.

There also seems to be a recent trend of film criticism lately that feels the need to call out problems they had with a cast member or filmmaker’s personal issues rather than the movie itself.  Now I’m not saying that you shouldn’t write about the issues you have with a certain individual, but if your whole review is focused more on that person’s crimes than the actual movie itself.  You are not writing a very good review in my opinion.  This is something I hear a lot in podcasts I  Iisten to.  I will want to listen to an episode on a movie I like, and then before they get into the review, they have to spend 15 minutes or more talking about all the things an actor has been accused of more than the performance on screen.  I know it aint easy to do but if you are reviewing a feature.  Sometime you have to learn to separate the work from the personal life.

There are many movies I won’t watch and although I may make snyde comments and share my thoughts on various social media platforms.  I won’t ever make a video, do a podcast or write a review condemning a movie I have not actually seen.
So if  you are with me for this long you may be asking.  Vern, what the fuck was the point in all that.  I guess my whole statement is to say that anything you write and any opinion you make can be challenged by many others.  No one is ever right with anything that they post.  You and I are assholes in a sea of other assholes and we just have to choose which of their shit is easier to digest.  Very sorry for that visual reference there kiddos.  I never once said that any of these written posts  will have any strong merits, but I do hope you at least learned a little something. 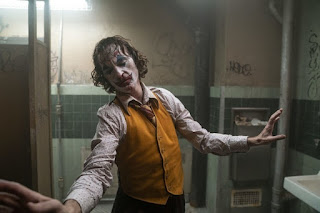 Im back to do a bit more fueling and will be back again.  Coment if you will and if you liked this.  Please share.