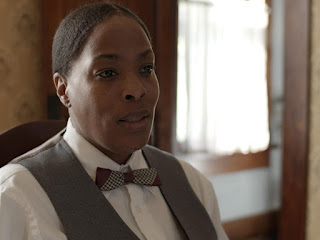 At a dinner table in Dayton Ohio in 1903.  Forty years after the Emancipation Proclamation.  Mayor Snyder and his cohort sit with poet and activist Paul Laurence Dunbar along with his mother.  The plan was to have Paul share the stage with the mayor for the upcoming 4th of July and recite a poem.  However the Mayor is having second thoughts because of what public opinion will say on the matter of Mr. Dunbar removing a hat or not during the national anthem.

This is a well enough acted short and many of the themes presented within are still relevant to this day.  I was impressed that director Kane Stratton casted a woman in the lead role of a man and thought A. Slate did a great job as the lead.  Timothy J Cox became lost in the character of the Mayor but that’s also true for many of his performances.

However the music in this just took me out of the movie entirely.  It did not set the tone for this story one bit.  It would be an alight fit for an Irish folk tale, but not one dealing with race. 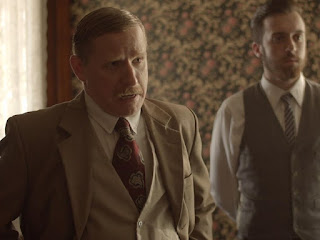