On this fun packed episode, Marc Armstead of French Toast Sunday podcast joins The Vern to discuss the 1982 musical comedy Grease 2 .  Starring Michelle Pfeiffer, Maxwell Caulfield, Adrien Zmed, Christopher McDonald, Pamela Adion, Lorna Luft and more.  This sequel to the 1978 original was met with backlash when it was 1st released but after some time has passed it has now been met with some praise.    Listen now to find out why Marc and Vern think Grease 2 is superior to the original in many ways. 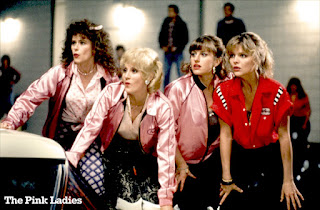