Random Thoughts of a Movie Insomniac (May Edition) 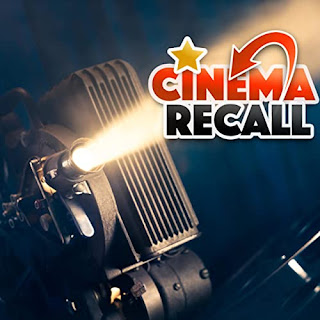 Hello Hello again everyone.  I the Vern am back with some more quick reviews of movies I recently watched in theaters or at home. 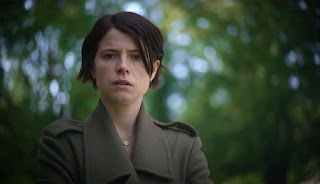 After movies like Dredd, Sunshine and Ex Machina, I have become a fan of Alex Garland’s work.  I even didn’t mind his adaptation of Annihilation which swayed away from the source novel but it was still good.  Now comes his latest feature Men.   A movie that wants to seem like it’s saying something profound about toxic masculinity but refuses to  give us a strongly written female character.

The movie has Harper(Jessie Buckley) moving into this small villa after the suicide of her husband.  While dealing with the grief, she meets several other men who are just the worst.  Not one person in this place is nice.  Harper is attacked by a nude stranger who they arrest but then let go.  She is told by a Priest that her husband’s suicide was her fault.  A little kid calls her a cunt for not playing hide and seek with with him. The whole time our lead protagonist is seen running away from these horrible men instead of confronting them.  I love slow burn movies but only when the heat is turned up at the end and Men just stays at a slow simmer throughout it’s run time.  The cast is good, especially Rory Kinnear who plays all the men in this village where Harper stays.  I had no idea it was the same actor until I looked up the cast on IMDB.  But that along with Jessie Buckley who  was also good can save this movie from being a total snore.  When crazyness starts happening, it’s not shocking or scary, its funny.  I was laughing at this movie not with it and Im pretty sure I wasn’t meant to do either. 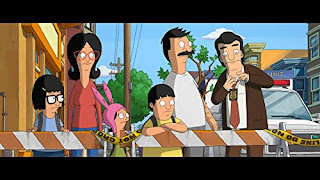 The Belchers face losing their restaurant to the bank, and there is a mystery about a dead guy found in a hole outside their place.  So while Bob and Linda are trying to find ways to earn money to save their place.  Gene, Louise and Tina are searching for clues to solve the mystery.

If you love the show you are going to enjoy this.  It plays like an extended episode and even if you have never watched one episode, it does have things you will find funny.  I do think that it should have been shortened by removing the musical numbers which were all awful.  They should have gotten better songwriters.  The songs on the show are so much better than the ones here.

A construction worker with dreams of becoming a professional singer teams up with a hard edge talent scout and romance blooms in this cute Hallmark style drama.

John (Sam Bardwell) loves to write and perform music but his wife Lauen(Christine Webber)wants him to spend more time with his family instead.  She is not unreasonable with this request and yet the movie wants us to see her as this shrewd person who is keeping her husband from his dream.  This woman allowed John to leave in the first place.  Which, he would not have done if he didn’t get permission from her to do so.    Our talent scout Kat (Kelsey McMahon) is your typical cliché business woman in these rom coms.   A woman who is hard edged and even cynical but that’s only because they are hiding something dark from their past.  I won’t reveal what dark secrets happen but the movie addresses it once and than immediately wants us to forget all about it.    There is a key scene where we learn about Kat’s past and It’s  a great moment of character growth.  But after she talks about this traumatic event, she is like

“Well, enough about me and my tragedy.  Let’s hear more songs from you”.

I should spend more time talking about the songs in this movie but I won’t.  They are the very basic kind you would find in a Insurance commercial or during one of those  orientation videos you watch at work during your first day.  It’s very basic and after hearing them.  You will agree with John’s wife that he shouldn’t keep going with this dream of his.  The movie should have been from her perspective because she was the only character in this that I was rooting for and I know that is not the intention  I was suppose to have.

In this retelling of the story that inspired Shakespeare’s Hamlet.  Alexander Skarsgard plays a man who seeks revenge after the death of his father by his uncle.  His journeys will lead him to a village where he will become a slave willingly to gain access to a place he believes his mother (Nicole Kidman) is being held prisoner.

Robert Eggers is a filmmaker I have been mixed on.  I did not like The Witch or as it’s known The VVitch.  I had tons of fun with The Lighthouse but a lot of people did not.  Now comes this Vikings fable which may be his most mainstream film today.  That’s not to say that it won’t satisfy the art house crowd because it will.  The Northman does feature some really great trippy visuals and it also has Anya Taylor Joy who is great in everthing I see her her in.  It also marks musician Bjork to the world of acting.  She was so good in Dancer in the Dark.  It’s a tough watch but damn was she powerful in that.   It’s very bloody and has tons of gore in some scenes so if that puts you off.  You may find this to be very disturbing in parts but it’s still a very well made movie 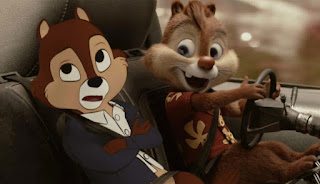 Chip (John Mulany and Dale (Andy Sandberg) are two friends who start acting and become the stars of their own sitcom on Disney.  After the show is cancelled, Chip ends up selling insurance and Dale got CGI surgery and tours convention circuits.  After a former cast member of their show goes missing.  Both estranged friends will team up to solve the mystery.

If there was ever a movie I would call a sequel to Who Framed Roger Rabbit, it’s this one.  Not only does the film have cameos from other Disney properties, but it features cameos from Batman, Sonic the Hedgehog, The Simpsons, South Park, Beavis and Butthead and more.  The movie was created with the help of The Lonely Island (Yup the same team who made D*** In a Box) and it has these very funny jokes mixed in with this adult noir story line.  I know I missed a lot of jokes with this.  Will need to watch again

See You Next Month.