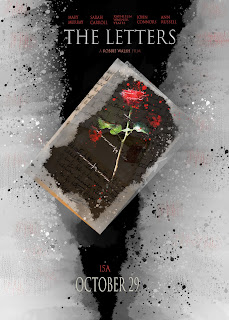 *note.  This review is from a rough cut version and is not the final one that is going to be released to the public

I love movies about Government agencies that screw people over and those same individuals fight back for some sort of justice.  Movies like Erin Brocovich ,Philadelphia, Spotlight  and Dark Waters come to mind as movies I admire very much where characters fight for what’s right .  The Letters is based on a very real scandal that happened in Ireland in 2018 and I loved that this movie opened my eyes to this very important issue facing women.  I just wish that it had a bit more focus on what it was fighting for

The movie begins with a disclaimer that the following story is a work of fiction and then gives us a statement about how 206 women got cervical cancer after a misdiagnosed Cerval Check smear test.  We than spend the majority of it’s run time with three women who are dealing with this severe issue.  One woman has several kids and takes out large loans to support her drug habit to deal with the pain.  Another one has a mom who is going through stages of what looks like dementia and lastly.  We have a woman who has been fired from her Government job because of her contracting cancer that is the most fascinating story out of all of them.

While the other two stories are indeed heart breaking to see them deal with their other issues besides the cancer they received.  Nothing was really engaging about those stories.  Yeah, I can understand that caring for a loved one who has mental issues can be a rough deal.  But I never saw that person ever try to get any sort of paid assistance besides friends to help care for her mom.  The lady with the large debt caused by taking out loans felt unnecessary.  I didn’t see her try for anything else and all I was doing was just watching her fade away without really doing anything to change her status. 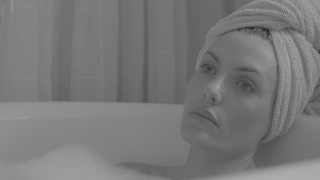 The woman who lost her job was the best story because it was the only one that establishes conflict.  Not only does she need to fight to get her job back but she also has to go against high ranking Government officials who claimed she was not fit to work anymore.  Add in the fact that she is Autistic and you not only have a fight for woman against men.  You also have a story that fights for the rights of mentally disabled people everywhere too.

The acting from everyone involved is astounding but I never saw any of the characters fight to change their outcome.  They all just seemed to accept their fate and all I’m doing is just watching their downfall.  I don’t mind that if they tried all they can and there is nothing more that could be done, but no one here really does much.  Except for one that refuses to give him a treat as he has asked many times before.

The Letters is beautifully filmed in black and white and I loved very much the opening and closing sections in color.  I think the movie should expand on the one story with the autistic lady losing  her job and show her fight to win it back and ignore the other ones  and there you would have a very solid movie

** out of Five Stars