DePalma December: Phantom of the Paradise (1974) 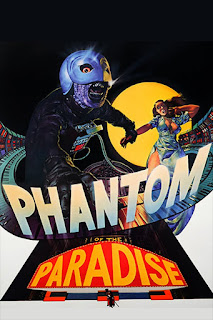 There is no easy way to describe the plot to the fantasy musical  comedy, Phantom of The Paradise but The Vern and guests  from Shocked and Applaud podcast do their best to describe it.  This is a rock musical that came before The Rocky Horror Picture Show but for some reason did not get the cult status that one achieved.    Listen now to see if it deserves any love or if the disfigured face the lead character gets is good enough. 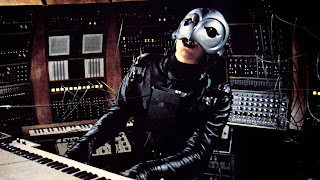 Music Credits
Music featured in episode was from Phantom of the Paradise(1974) released by 20th Century Fox. Songs were written by Paul Williams and performed by Jessica Harper
Opening Theme
Mechanolith by Kevin MacLeod
Email ThisBlogThis!Share to TwitterShare to FacebookShare to Pinterest
Labels: Brian DePalma, DePalma December, phantom of the paradise, podcast, shocked and applaud, the rocky horror picture show