The Vern's guest spots on Whatever with Jason Soto 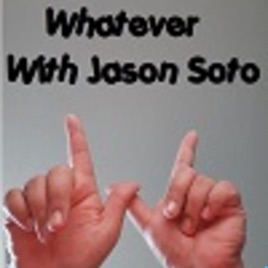 I was recently a return guest on Whatever with Jason Soto.  A fun comedy podcast where Jason and guest host Mary Mitchell talk about random things going on in the world.  On this episode, Mary, Jason, and I compare weird videos we saw on the net, celebrities trying to do the right thing but failing brilliantly, and end with a fun game involving google translator.


If you enjoyed that, than I recommend checking out the very first appearance I had on the pilot episode of the podcast. Jason and I discuss about how wrong people were about Joker calling it white male rage, and we get into the whole woke culture debate as well. Watch video on YouTube below